'Blood moon' puts on a show

The weather wasn't particularly good for viewing the "blood moon" lunar eclipse here, but Mother Nature put on a great show elsewhere. And there is more to come. 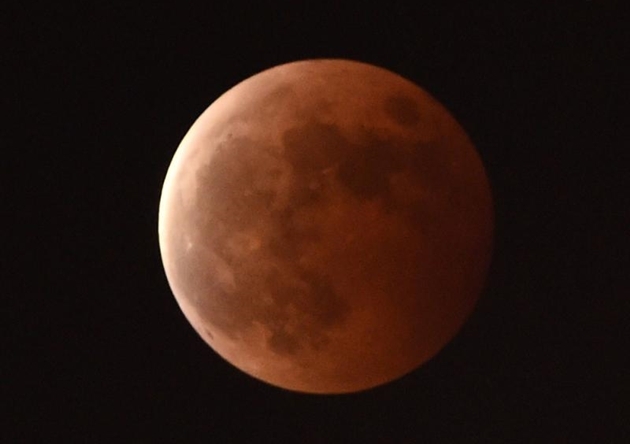 This photo taken on October 8, 2014 shows a blood moon during a total lunar eclipse in Hefei, east China's Anhui province. 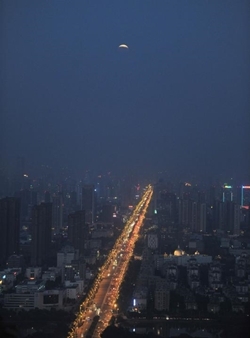 WASHINGTON, AFP – Stargazers in the Americas and Asia were treated to a lunar eclipse Wednesday, a celestial show that bathed the moon in a reddish tint to create a "blood moon."

During the total lunar eclipse, light beams into Earth's shadow, filling it with a coppery glow that gives it a red hue.

NASA provided live footage via telescope of the eclipse, showing a black shadow creeping across the moon in a crawl that took about an hour.

Only when the moon was totally eclipsed did the redness appear.

A NASA commentator explained that during the total eclipse, if you were standing on the moon and looking at the earth, you would see it all black, with ring of fire around it.

In Hong Kong, free viewing locations were set up on a harbourside promenade by the Hong Kong Space Museum for the public to observe the various phases on telescopes.

In Tokyo's Roppongi fashion and entertainment district, enthusiasts performed yoga exercises under the blood moon. Many others had climbed atop the city's skyscrapers to view the sky.

In Hong Kong, hundreds of patient onlookers of all ages lined the harborfront promenade late Wednesday hoping for a glimpse of the eclipse.

Many came armed with cameras and telescopes but on a cloudy evening in a city whose sky is rarely clear of pollution haze, it was visible only intermittently.

The event was not visible in Africa or Europe, NASA said. 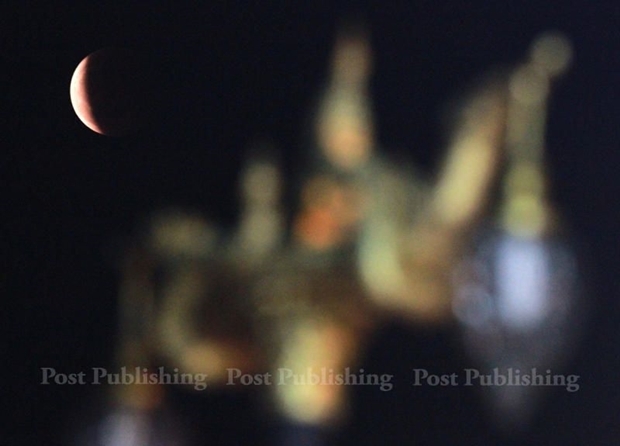 A partial ‘blood moon’ lunar eclipse is seen behind a lamp post over the Mekong River in Muang district of Nakhon Phanom. The phenomenon, which lasted for about an hour, was seen early yesterday evening in many parts of the country. THANARAK KHUNTHON