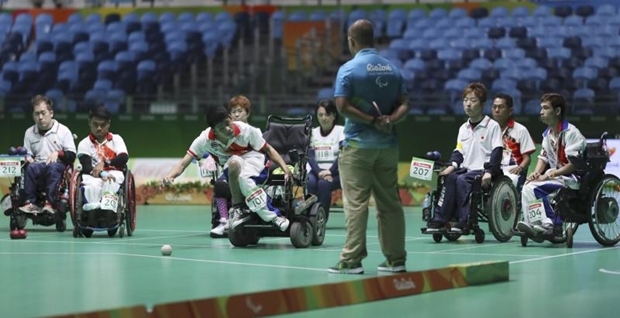 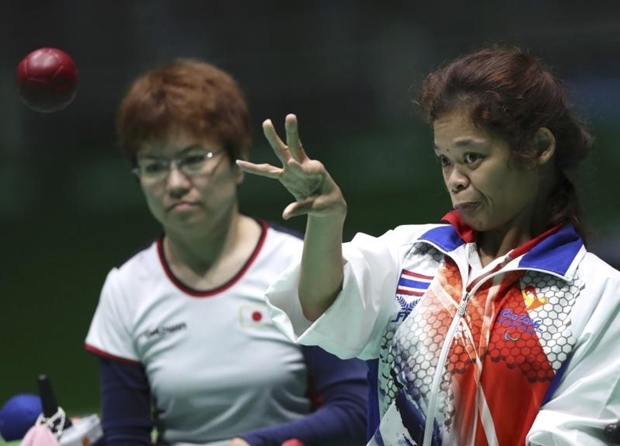 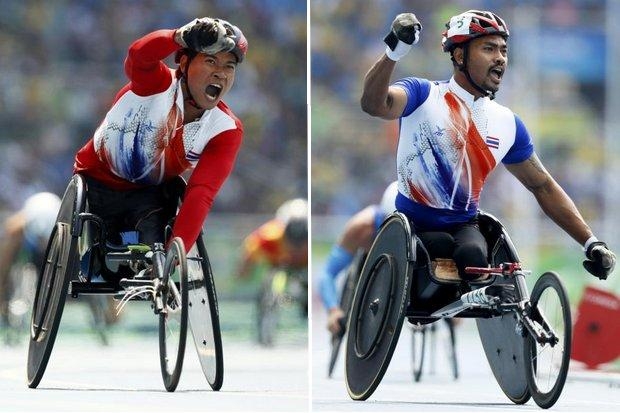 Pongsakorn Paeyo (left) and Prawat Wahoram celebrate their gold-medal victories in the T53 and T54 finals at the Paralympic Games in Rio de Janeiro. (Reuters photos)

Much to cheer about in Rio as Thais win gold

RIO DE JANEIRO Two Thai men won gold Sunday night within an hour of each other at the 2016 Paralympics.

Prawat Wahoram of Thailand won the gold medal in the 5,000-metre T54 event.

With the Games now fully under way, Thai medals are expected to increase. On Sunday Rungoj Thainiyom took third place and the bronze medal in singles' table tennis.

The Paralympics website described Prawat's win in the 5,000 metre wheelchair race this way:

"The 10 finalists remained as a pack for much of the race, coasting around with no competitor seemingly willing to take the race on.

"Then with two laps to go Thai duo Rawat Tana and Wahoram took to the front, as Swiss star Marcel Hug pushed in to third on the outside.

"With 200m to go it was Wahoram who had the strongest acceleration, powering down the home straight with Hug unable to catch the leader. " 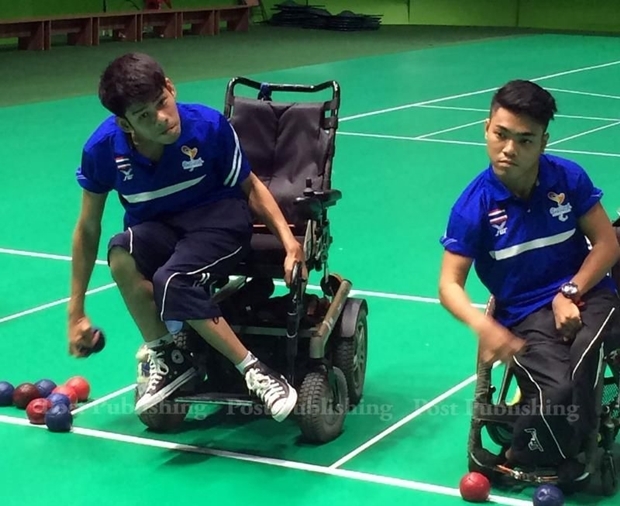 He will be in action today (Brazil time) as his team competes for the gold against Japan in the mixed team competition. To get to the final, the Thai team beat Great Britain 11-0 in the quarter-final and Argentina 14-1 in the semi-final.

From reports from our online reporters and other Paralympic sources.