Human Development: how advanced is Thailand?

Economic development is one thing, human social development is another. The new popular concept of "gross national happiness", is perhaps too vague and subjective to be meaningful for international comparison. The United Nations Development Progam (UNDP concept of "human development" may work more effectively. This has been around for just 25 years, since 1990, and claims to concentrate upon the "richness of human lives" rather than the "richness of economies". 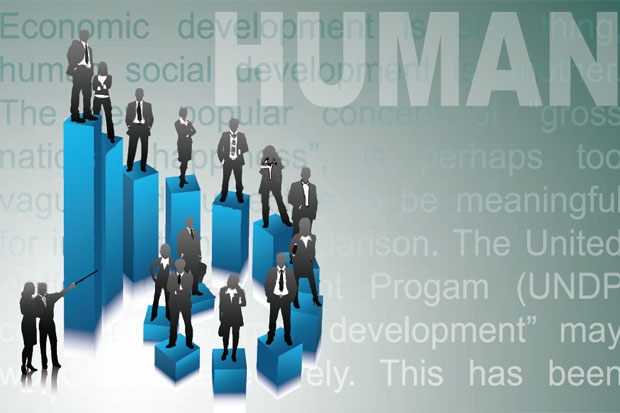 Thailand presently holds ranking of 93 out of the total 188, exactly half way down the league table.

Among the ASEAN countries, Thailand ranks fourth, behind Singapore (World rank 11th), Brunei (31st) and Malaysia (62nd). This does at least position Thailand ahead of six other ASEAN countries: Indonesia (110th), Philippines (115th), Vietnam (116th), Laos (141st), Cambodia (143rd) and Myanmar (148th). Myanmar is now the only ASEAN country ranked in the low human development category, just beating Angola. However Thailand will have to watch out to retain its position, since Indonesia, Philippines and Vietnam are moving up fast.

Among factors taken into account in developing the UNDP ranking, life expectancy at birth is one that Thailand does not need to worry too much about. Currently rated at 74.4 years, this is likely to extend fast towards 80 years, as health and sanitation improve. The ageing society means not only fewer children and fewer wage earners in the total population, but also longer life spans and more elderly people at higher and higher ages. Of the top 30 human development ranking countries, 27 have life expectancy at birth assessments of 80 years or over, including Singapore (83 years). By contrast, the low human development countries tend to have life expectancy at birth in the 50s or early 60s. However, the ASEAN countries are a very mixed bunch, with six countries failing to reach the 70s.

Thailand’s big human development challenge has long been educational attainment. Plenty of money is spent on education, but somehow or other, spending fails it equate with product quality. Thailand’s number of mean years of schooling is assessed at 7.3 years, below Singapore (10.6 years) and Malaysia (10.0 years), as well as the Philippines (8.9 years) and even Indonesia (7.6 years) and Vietnam (7.5 years). Thailand’s neighbours, Laos, Cambodia and Myanmar are well below (only 4.1 to 5.0 years) perhaps fortunately for Thailand, given the need for low-skilled, low-cost workers.

In terms of population aged 25 years or over with some levels of secondary education, Thailand has achieved very discouraging figures of only 40.8 per cent of males and 35.7 per cent of females. Although better than the abysmal attainments of Laos, Cambodia and Myanmar, these figures are lower than Indonesia and vastly below Singapore, Malaysia, Brunei and even Vietnam and the Philippines. It is notable that the ASEAN gender balance in attained education is actually in favour of women in the Philippines (65.9 per cent female compared with 63.7 per cent male) and likewise in Myanmar.

Thailand’s labour participation (80.7 per cent male and 64.3 per cent female) reflects the generally high performance of the ASEAN region as a whole. However the relatively lower participation rate of female workers indicates that, in all of the countries of the region, there is still a considerable short-fall in opportunities for women in the labour force. This reduces the economic productive potential of the work-force as a whole.

The relative gross national income per capita (purchasing power party system) indicates the enormous disparities between the different countries of the ASEAN Region. There is a risk that, despite the ASEAN Economic Community, this disparity may grow further. This will limit the capacity of the poorer nations to accelerate their human development, to the ultimate detriment of all the countries in the region. How to meet this challenge will be the greatest development issue for the rest of this century.

Christopher F. Bruton, 45 years in Thailand, is Executive Director of Dataconsult Ltd, a local consultancy. He can be reached at chris@dataconsult.co.th